How Do You Know If You’re An Empath? 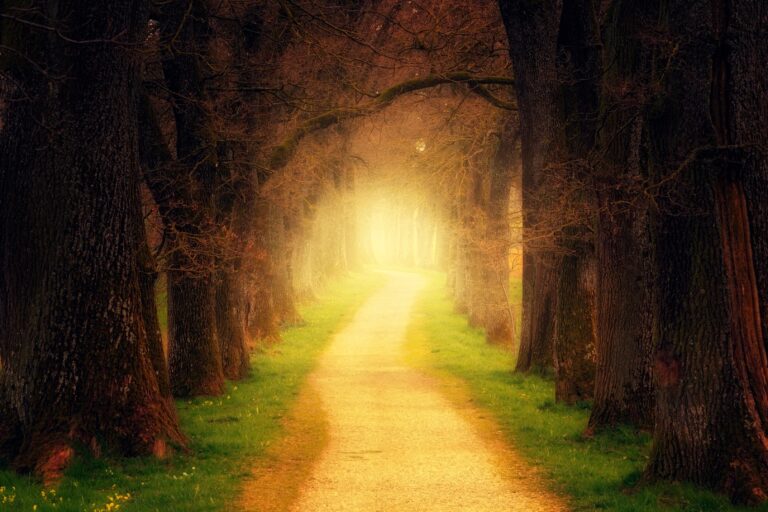 When I first started my journey, I had heard about the clairs and other terms but not this one. What I knew was I was feeling the pain and emotions of others, no matter where I went or what I was doing, and I could also feel the energy of a room or a building or a house. One minute I could be happy and then in the next minute I could be sad or upset for no reason.

I began reading anything that I could get my hands on, I began searching online for groups or people who was like me. It took me time to piece everything together but when I did it was a game changer. It took time to figure out how to know the difference between what was mine and what was not mine.

One night at an investigation, (I am a paranormal investigator), our team had a group of people with us who was new to investigating and one lady who was there had a knee injury and her knee was bothering her, I had no idea of her injury or that she was in pain what I did know is that when we switched groups to investigate with is that my knee began to hurt. I knew this was not mine so while on a break, some were getting ready to leave I asked if anyone was having any knee pain and she replied that she was, she had a curious look on her face, and I explained to her what I was feeling and that I knew the pain was not mine. We spoke a little more and then she left. The moment when she left the pain in my knee was gone. This would be one of many times that something like this would happen. The next part that I had to learn was how to release it. Now the night of the investigation I did not have time to process all of that, not only did I have new team members who I was training but I also had guests with us who was having their first experiences at an investigation. In total I think there were 18 who were a guest and four that I was training on equipment.

After the investigation I began looking for ways to release what was not mine. Again, I read things in books and online. I did not have someone to turn to and ask, I did not have a mentor or a teacher. I learned a lot on my own and most just came naturally. It is not something I have had to work hard at doing. Most of the things that I do I did not know there was a name for. It is as natural to me as breathing. I eventually learned to visualize everything going into the ground, down through my feet and into the earth. I would visualize it all going down the shower. This is something that I still do today. It works well and why change what is working.

How do you know if you are an empath?

One term that you might also hear is highly sensitive people or hsp for short. Before hearing the word empath many people would say to me that I was an hsp and I had to look that up, I did not understand what that meant. When I first heard it, I thought they meant I got my feelings hurt easily, but after research I realized it meant something else.

If you can walk into a room and feel the energy or vibration of a room. For example: you know when someone has been in the space that was upset or there was just an argument or sad.

You are in a crowded space or at a store and get overwhelmed and need to leave.

You take on the illness of someone else.

You know when people are telling the truth.

You are overly sensitive to what you see on tv or hear on the radio.

People want to tell you their problems.

Need time alone to recharge after being around others for long periods of time.

and there are many other ways to know to but if you have some or all of these then you are an empath.

The definition of empath: Is one who experiences the emotions of others and has empathy for others.

Sometimes people confuse sympathy and empathy, and sympathy is when you feel sorry that someone is experiencing something, but you do not take on that emotion or pain or sadness or even happiness. Your mood does not change like it does with empathy.

There are also different types of empath:

Emotional Empath: You feel the emotions of others easily. Your mood can and does change depending on who you are around, and your energy can be easily drained. This means there is someone who is a psychic vampire, this does not mean that they are doing this on purpose they could be doing this and not even aware. A psychic Vampire is someone who needs the energy from others to feel better. For example, let us say someone comes to with a problem and you are in a great mood when the conversation starts and by the end the person with the problem feels great, but you feel tired, this is the person taking your energy. If you are aware that this is what the person is sometimes others allow them to take energy from them. But you can protect yourself from them by visualizing a bubble around your or thorns or whatever else you use for protection that prevents them from entering your space.

Physical Empath: You feel the physical symptoms of someone else. Someone could be sick or in my case had a knee problem and I was taking her pain as my own even though I knew my knee was fine.

Intuitive Empath: This means that you pick up on what others are feeling or what they are thinking, you may take on the energy of the room. You may also hear the term claircognizance.

Earth Empath: As an earth empath you may be affected by the weather, phases of the moon and the environment.

Just as there are different ways to know if you are an empath there are more types other than what I have listed above.